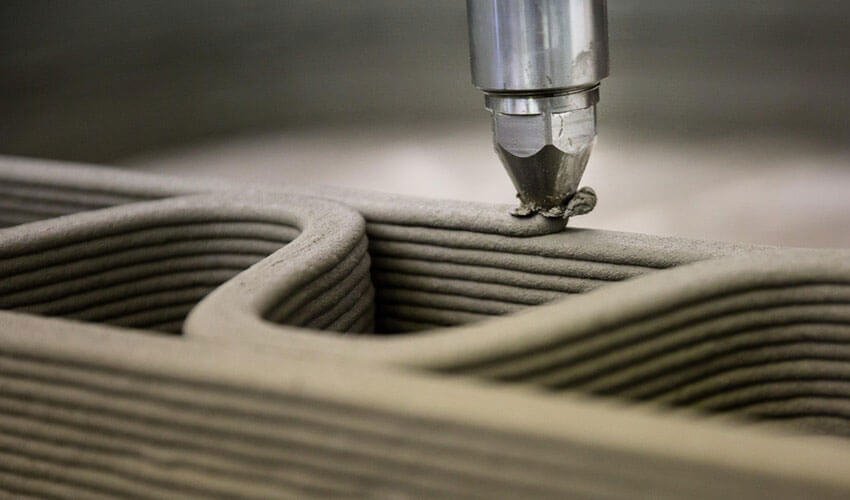 Building printing is a term often used for the application of 3D printing in the construction of building and other structures such as bridges.

Chinese companies used a 3D printer to apply layers of concrete using a robotic arm manually interspersed if necessary with steel reinforcement. They allegedly managed to build or print 10 small one-room houses in a single day. In Dubai local authorities are planning for one third of all buildings to be built with 3D printing by 2030. In Amsterdam a group of architects worked together to build a house from renewable materials with the help of 3D printing. At the University of Southern California a team of scientists developed a technological process called contour crafting, aiming to make a gigantic 3D printer that could build a whole house including electrical wiring and pipes in a single pass. Other companies focus more on printing construction components.

Rather than whole buildings, the California-based company Emerging Objects sets its sights on the internal structure of construction materials. It used 3D printing to create an earthquake-resistant column. The secret lies in the supporting structure, made up of interlocking hollow parts. The German Voxeljet is busy with similar experiments on its 3D printers using sand as a construction material. Other research focuses on options for off-world building (such as on the Moon) using materials available on-site. This would also involve significant cost savings due to not having to transport construction materials and structures from Earth.

More about the technology